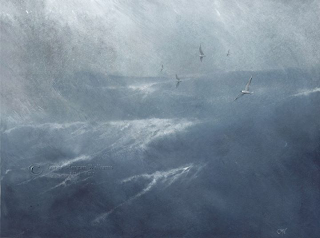 Between Dog and Wolf #newmodelarmy

New Model Army is a band that has produced consistently intelligent, sensitive and emotively powerful material over the last thirty years. Many of their tracks are of deep importance to me and constitute significant, emphatic moments in the 'soundtrack to my life'. Like the harbingers of the seasons, these songs have the power to shake the shackles of time. It's no surprise, then, that I was very excited when they granted me permission to use the track 'Ocean Rising' in a promotional YouTube video I made earlier this year with my friend Craig Hornby of pancrack.tv . Since then, they've asked me to contribute to a special magazine celebrating the band and accompanying the new album and tour, 'Between Dog and Wolf', and upcoming film.

'Between Dog and Wolf' is, as always, a phenomenal album. The title comes from a French expression which references dusk - a time at which it is difficult to discern friend from foe. Like all great artists, I think, New Model Army have an instinctive understanding of the intrinsic power of balancing the precise and the suggested.

The magazine is available here: http://shop.newmodelarmy.org/out-now-new-model-army-magazine-p-945.html

Interview with Bree Freeman from Be Free Creative

It's been a busy couple of months, so I'm afraid I'm going to have to do a bit of retrospective blogging. The first thing I'd like to share is this interview conducted by Bree Freeman of Be Free Creative. Very friendly, professional people - take a look at their website and perhaps give a 'like' to their Facebook page.

I've been rearranging the website a bit. It's actually quite fun when you begin to get the hang of it.

There's a new online shop, to which I'll be adding stock as it's produced.

Feel free to take a look around!
Posted by J M Williams at 15:05 No comments:

A huge 'thank you' goes to New Model Army for generously giving me permission to use their song 'Ocean Rising' in the first ever youtube video of my work! Their music has been of deep importance to me for a long time and I am hugely grateful.

Another huge 'thank you' goes to my good friend Craig Hornby of Pancrack TV for editing the video into the small hours of the morning!

I'd considered a few different tracks, but kept coming back to 'Ocean Rising' as the ideal accompaniment. I'm glad I did; I think the music and images work rather well together. :)
Posted by J M Williams at 10:14 No comments: